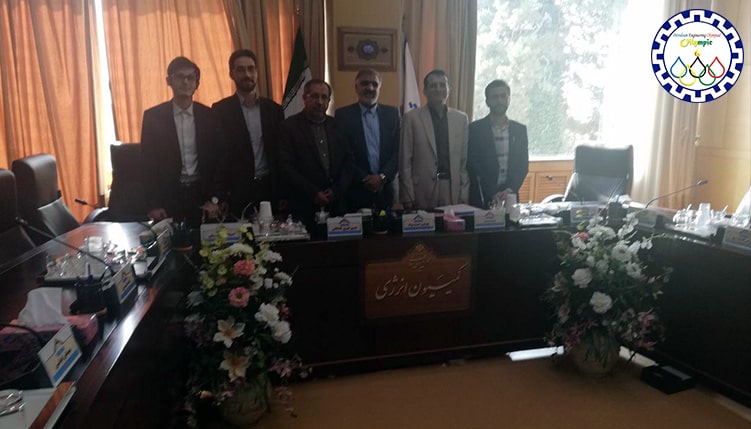 The first specialized meeting of third petroleum engineering of Scientific – research olympiad was held hosted by Dr. Hassanvand, dear chairman of the parliamentary energy commission, Dr. JafarPour, dear member of the Cultural Commission and head of the advisory commission of the supreme council of the cultural revolution, with presence of Dr. Molaei, head of the chemical and petroleum engineering department at Sharif university of technology, Dr. Shad, head of the association with the industrial faculty of chemical and petroleum engineering at Sharif university of technology, Engineer Haghshenas executive security and Engineer Razghandi deputy executive director of the olympiad.

According to the secretariat of the Olympiad, during this meeting, Dr. Asghar Mollaei, head of the department of chemical and petroleum engineering at Sharif university of technology, while introduced the faculty, Demanding facilitate its communication with research institutes and research centers of the country for resolving its needs. While He continued to highlight the importance of technological progress, especially in the oil industry as the motherland industry, Demanding for close cooperation between universities, industry, legislature and government.

In continued this session Dr. Jamshid Ja’farpur, dear member of the commission of the cultural and head of the advisory commission of the supreme council of the cultural revolution While appreciating the efforts made at the secretariat of the oil engineering olympiad, being young, being motivated and also brand Sharif university of technology is its advantages. He was also reminded contingency to domestic capacities is a cultural problem and Its grounds must be provided in the parliament and government. Dr. Ja’farpur added that in the thread of the youthfulness of the parliament with the passage of the law prohibiting the use of retirees, proven in the training of young executives and the government’s agility is serious.  Also, Dr. Saeed Shad, Faculty member of Sharif university of technology and the scientific secretary of the olympiad while gratitude to the support provided by the islamic consultative assembly, report on the second olympiad as well as the goals and perspectives for the third period. He expressed holding such outbound events, motivates and activates the potential of our country’s elites and asking for close cooperation with decision makers and in particular the islamic consultative assembly.

At the end of this meeting, Dr. Hassanvand, the chairman of the energy commission of the islamic consultative assembly, while summarizing the issues raised, asked for the transformation of the competitive atmosphere in the research discussions of the oil industry into an atmosphere of cooperation.to utilize the potential of this industry, he asked for further cooperation of the energy commission with the academic-industrial elites in the form of consultation, and in this regard, the creation of an elite information comprehensive bank is in prioritized. He continued to introduce the olympiad internationally and hosted by our country and added that cooperation and maximum utilization of the capabilities of qualificated institutions such as the islamic consultative assembly and the government in inviting other major persons in other countries could be the basis for this importance.